We all carry a responsibility for our way of living and for the choices we make and how those choices impact the environment as well as the communities we are a part of.

We produce clay materials that are eco-friendly.
We work hard to reduce our impact on the environment.
We reclaim our own liquid waste glaze and our scrap clay and put it back into our clay body.
Heat captured from our kilns is used to dry our tiles prior to firing.

Since the company’s establishment in 2014, it has been of great importance to play a significant role
in making a positive contribution to the society that surrounds us. 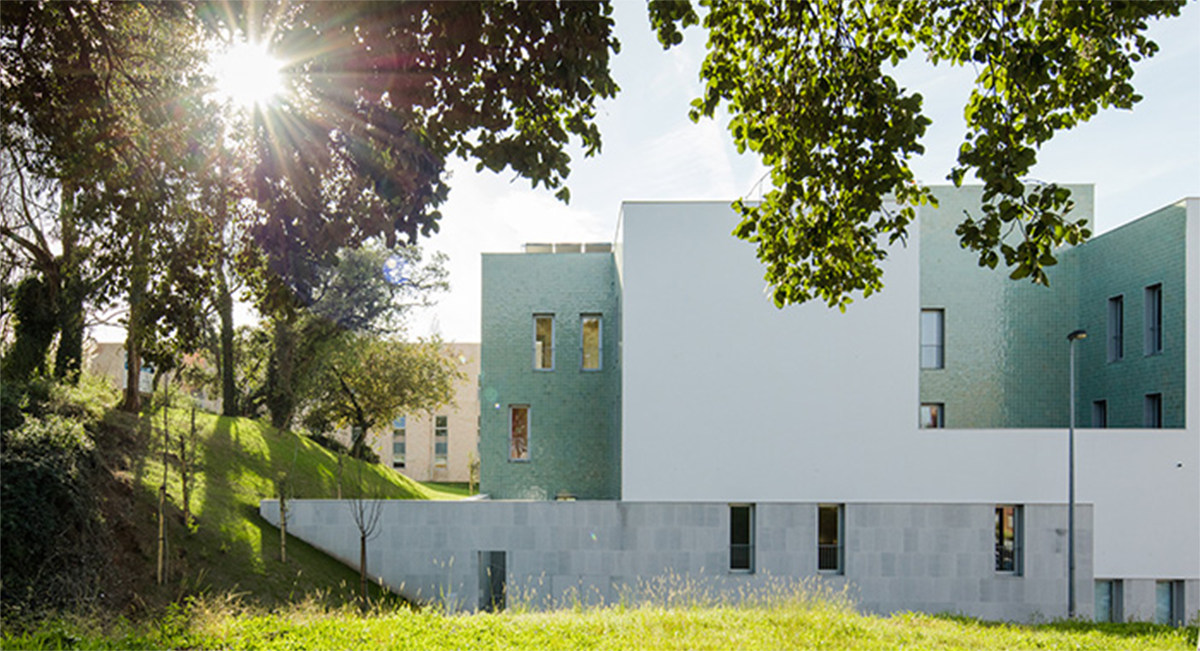 VERDE ACREDITAR – The importance of 33.600 tiles

Acreditar is an Association of national reference in guaranteeing the rights and promoting the quality of life in the area of pediatric oncology. Put together in 1994 with the mission to tackle the changes that childhood cancer imposes, providing everybody the promise of support at a time of uncertainties.

Now with four homes built in Portugal – Lisbon, Funchal, Coimbra and Porto – the Casa Acreditar is a privileged space, fully dedicated to accommodating children undergoing cancer treatment, as well as their closer family. Bringing comfort, peace and a touch of ‘normality’ into these lives and we, New Terracotta, had the privilege to give a little bit of us to this great institution.

This particular project, Casa Acreditar in Porto, with 4 stories and 1707 m2, built on a land adjacent to the IPO and close to the São João Hospital, this house, home for 16 families, has 16 bedrooms with their private bathroom, 3 common rooms (one for parents, one for children and another for young people), a communal kitchen with five modules, a laundry and outdoor recreation areas.
Designed by Atelier do Cardoso, we were commissioned by the architects, Mafalda Ribeiro Ambrósio and João Gomes Leitão, to develop a special glaze for the exterior facade of the building.
We took this assignment to heart, coming up with a glaze with highly variable hues, mimicking the surrounding spaces and heterogeneity of the families themselves. We named it Verde Acreditar.